Iraq is may be coming to the end of a 40-year period of foreign and civil wars.

Home > Culture > Iraq is may be coming to the end of a 40-year period of foreign and civil wars.

One man I met was wearing a blue T-shirt with the slogan ‘I Choose Leave’ printed on the front. It must have been intended for the British Brexit campaign but had ended up being sold in Baghdad where its slogan has a different implication

Iraq was until recently the most dangerous country in the world. When sectarian killings were at their height 12 years ago, a hundred people were being slaughtered every day. Young men were particularly vulnerable and would sometimes have a small symbol, such as an olive tree, tattooed on their skin so that their bodies could be identified even if their faces were mutilated beyond recognition by their killers.

Gruesome memories are still fresh in the minds of Iraqis: as recently as 2014, columns of Isis fighters who had just captured Mosul were advancing speedily towards Baghdad, posting online revolting videos of their massacres to terrorise and demoralise anybody resisting them. 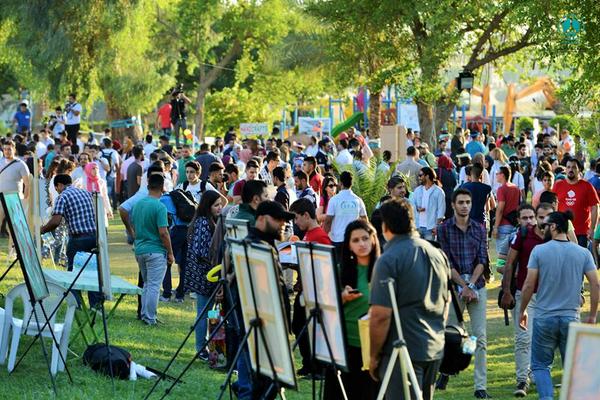 It is scarcely surprising that people in Baghdad are only slowly readjusting to the swift ebbing of violence since the recapture of Mosul and the defeat of Isis a year ago. Iraq is now suffering less violence than at any time since the US invasion of 2003. Better still, the country may be coming to the end of a 40-year period of foreign and civil wars.

Talking to people in Baghdad, I am struck by how the fear of violence is receding much more slowly than the reality. I have great respect for Iraqis’ well-honed survival instincts and know that permanent pessimism about the future has been a safe bet in Iraq ever since Saddam Hussein assumed total power and soon afterwards started the Iran-Iraq war in 1980. A friend in Baghdad once told me, “No Iraqi can be proved to be paranoid because in our country there is always something to be frightened of.”

Habits of wariness and suspicion are slow to disappear. I was in the countryside near Taji, formerly a Sunni insurgent stronghold north of Baghdad, this week. I met a farmer who said, “I know people from here who have not been to Baghdad for 10 years because they are frightened of being picked up at government checkpoints.” Driving back from Taji, somebody in the car asked me to “take off your seatbelt – no Iraqi ever wears one and it identifies you as a foreigner.”

Iraqis attend a cultural festival at Abu Nawas street, along the Tigris river in the capital Baghdad, on September 16, 2017. / AFP PHOTO / SABAH ARAR

I know that itch of constant anxiety about one’s safety: as security deteriorated after 2003, I would drive around Baghdad in one car, deliberately grubby and beat-up looking to avoid attracting attention, with a second car to see if we were being followed and to warn us by hand-radio. I would hang a couple of shirts from a hook by the window as people do when they are returning from the dry cleaner, but the real reason was to make it difficult to see me in the back seat of the car, without suggesting that we were trying to hide anything.

Such precautions go on longer than are strictly necessary, because nobody wants to find out the hard way that they have made premature and over-optimistic assumptions about the absence of danger. Yet confidence is slowly returning in Baghdad: there may be few cranes on the skyline but new restaurants, clothes shops and shopping malls are opening all the time.

Isis bombers are no longer getting through to Baghdad after losing their old Iraqi bases. “Suicide bombers have been trying for months to cross the Syrian border and make their way to Baghdad but they are being stopped there or in the desert before they get here,” said a government security official. Isis is weaker and more easily penetrated by informants and, even if a single bomber does succeed, there will not be a return to the multiple attacks of a few years ago. 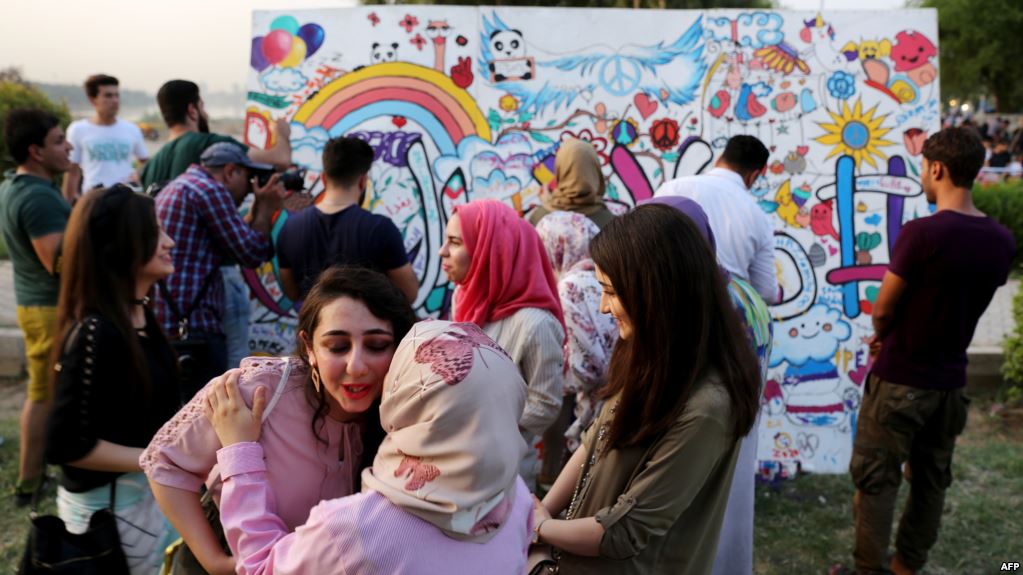 Improved security means that people focus more on the innumerable other things that are wrong with Iraq. I first came to Baghdad in 1977, just before everything went sour. The physical appearance of the city has not changed much since then because there are few new big buildings. Resources were instead poured into wars or were stolen by those in charge of reconstruction. As a result, an infrastructure built for two million people in Baghdad is now used by four times as many and the city has some of the worst traffic jams in the world.

Oil revenues have risen because of increased production and higher world prices but this is not enough to do much about 40 years of neglect. Mudher Salih, financial adviser to the prime minister Haider al-Abadi, says, “Iraq has between 400,000 and 420,000 young people entering the labour force each year and there are few jobs for them.” Some 4.5 million people work for the government, which cannot afford to hire more, and 6.5 million for the private sector, which is often archaic and operates in the grey market.

Great numbers of unemployed or underemployed young men – fewer women are to be seen – mill about in the streets. In Sadr City, the great Shia working class enclave in Baghdad, locals say that even among those who can afford to get married the divorce rate is going up because jobless husbands cannot support their family. The best jobs are in the army and police where an officer earns three times as much as a teacher, but these have all been snapped up. 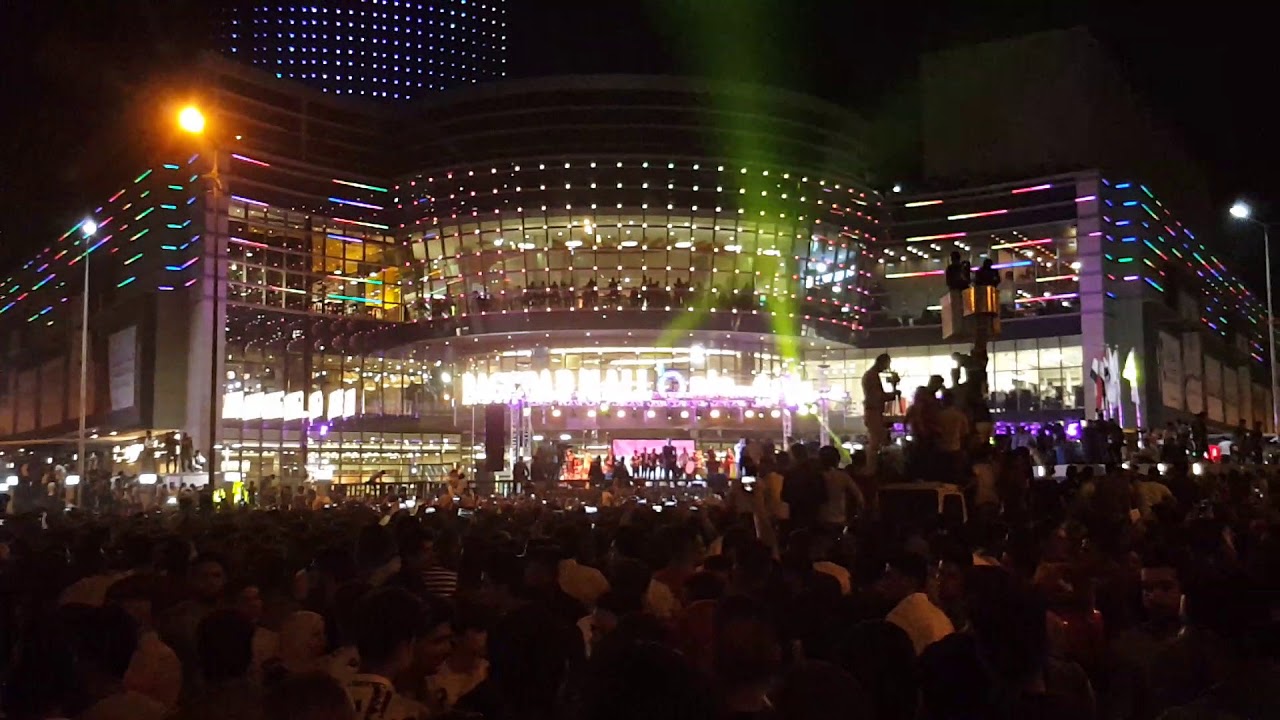 The impulse to flee Iraq and its troubles is overwhelming for many, though frustrated by lack of work visas. Buying a local phone in the Karrada district, I met Rami who was wearing a blue T-shirt with the slogan “I Choose Leave” printed on the front in large white letters. The T-shirt must have been intended for the the British referendum campaign of 2016 but, perhaps because of over-supply in the UK, had ended up being sold in Baghdad where its slogan has a different implication.

I asked Rami if he knew the meaning of the words on his T-shirt and, though he did not speak much English, he said that he did and they precisely expressed his ambition to leave Iraq. I mentioned that the declaration on the T-shirt had originally referred to Britain leaving the European Union which Rami found amusing, though he said he had never heard of the Brexit referendum.

I could see why Rami might be particularly eager to get out of Iraq: his shop is close to the site of one of the worst Isis atrocities in Baghdad when they exploded a bomb on 3 July 2016 that killed at least 323 people. Most of those who died were not killed by the explosion but were trapped by fires in nearby shopping centres that had no emergency exits. The district today looks dismal and half-empty with many shops shut. “People think this place is cursed,” remarked a friend as we drove past.

Such ghastly memories are impossible to discount and it is only a year since Isis went down to defeat. The Iraqi state is weak and the recent general election inconclusive. But, despite all these past horrors, life in Baghdad is returning to some form of normality in which staying alive is not the only preoccupation.