Iraq in Limbo after Elections

Home > Democracy > Iraq in Limbo after Elections
Views from the Region
May 16, 2018 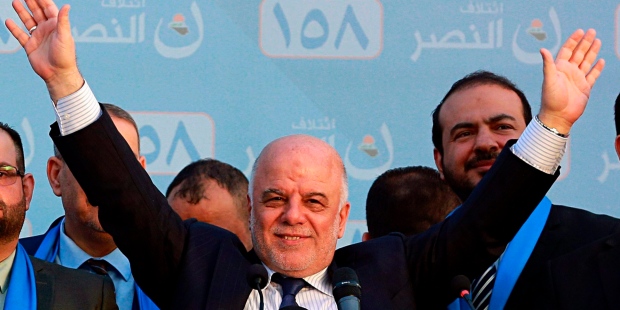 Parliamentary elections in Iraq have resulted in a surprisingly strong showing for the Marching Towards Reform bloc, an alliance between Shia Muslim cleric Moqtada al-Sadr and secular nationalist groups, which pushed the ruling party of Prime Minister Haider al-Abadi into third place. According to many observers, the outcome demonstrates the desire of Iraqi voters to move beyond sectarian divides to demand action on corruption and unemployment. Still, with no party holding a majority, it is expected that negotiations to form a coalition government will last for a few months, which means that the country can look forward to a hot political summer.

Osama Al Sharif suggests in an op-ed for The Jordan Times that the electoral choices made by Iraqi voters reflect a much-needed “pragmatism” and a departure from “sectarian politics”: “In many ways, this week’s Iraqi legislative elections were extraordinary; signaling a slow but determined departure from the ethno-sectarian schisms that had fractured Iraqi society since the U.S. invasion of 2003. Almost all competing lists sought to bridge the sectarian divide, reflecting a growing sense of pragmatism that has come as a result of years of exceptional hardship and tests, the last of which was the bitter and devastating war against Daesh…. Iraqi leaders such as Abadi, Al-Sadr and Ammar Al-Hakim must avoid being sucked into the vortex of regional crises and polarizations. They must move away from identity politics, as promised during the campaign, toward a more inclusive national base. Their alliance with moderate Sunni powers is the best insurance against foreign meddling.”

Al Jazeera’s Ibrahim Al-Marashi also believes that the vote signaled a possible decline in the appeal of sectarianism, especially among young voters, but notes that it remains a potent force in Iraqi politics: “Al-Sadr’s victory appears to indicate that political attitudes in Iraq are going back towards concern for civic and national issues and away from the ethno-sectarian political rhetoric that dominated the political scene since the 2003 invasion. Al-Amiri’s coalition, with its former militia leaders turned politicians, also appealed to a significant amount of voters, demonstrating that sectarian militarism is still a source of political mobilization power…. Whatever the outcome of the negotiations is, one thing is for certain: These elections shook up the status quo and showed that there is potential for non-sectarian politics in Iraq. The voters struck down the entrenched political elite and demonstrated — both through their votes and through their boycott — that they reject the current system of patronage and rampant corruption.”

Dissatisfaction with the status quo appears to have benefited Mr. Al-Sadr, who, according to a Hurriyet Daily News report, is not a candidate for prime minister, but is likely to be an important powerbroker: “Victory for the veteran nationalist’s Marching Towards Reform alliance with Iraq’s communists — pitched [as] an anti-corruption outsider force — would be a slap in the face for Iraq’s widely reviled ruling establishment. Sadr — who has ruled himself out of becoming prime minister — looks likely to be the key powerbroker and has already mooted a technocrat government of some dozen parties that bridge sectarian divides…. Sadr is one of the few Iraqi politicians who is opposed to both the presence of American troops in Iraq and the overbearing influence neighboring Iran exercises over the country.”

Much of that desire for a different direction comes, as The National’s Saad Abdulrazzak Hussain argues, from the failure of successive Iraqi governments to address some of the more pressing economic and security needs of the Iraqis: “During the past 15 years, Iraqis have suffered from a lack of basic services. The new government must provide basic services such as health, education, drinking water and electricity. It has to improve poor neighborhoods, which are overpopulated and provide the people living there with decent conditions. Corruption in Iraq is endemic. It is vital for the new government to really tackle this issue by punishing those who profit from corruption, particularly those with high seats in government. The committee for anti-corruption has to be independent so that it can carry out its duty effectively. The next government must also pay attention to the rights of women by ensuring they have equal rights and access to education.”

Writing for the Jerusalem Post, Nahro Zagros agrees that, despite the government’s victory over ISIS, the final outcome reflected the Iraqi electorate’s “lack of trust” in its leaders: “Al Nasr (victory) was preparing to celebrate, with a clear mandate to form the next government, however, they gained fewer seats than most polls and experts had anticipated. The result of the election was a ruthless setback…. The victory against ISIS and the crushing of the Kurdish demand for independence was not enough for Iraqis to trust al-Abadi. Three major factors turned out to be crucial for voters: security, economy and corruption. While unemployment is high and security hasn’t improved much in most parts of Baghdad and the south, there appears to be a lack of trust in the government and political system to eradicate corruption.”

Meanwhile, there are those, including Daily Sabah’s Bashdar Ismaeel, who believe the most consequential decisions regarding a future Iraqi government are yet to be made, as the United States and Iran continue to exert an influence on Iraqi politics: “The Iraqi elections also serve as a battleground for the U.S. and Iran, with Tehran continuing to wield significant influence over Baghdad. The decision by U.S. President Donald Trump to end the Iran Nuclear deal just days before the Iraqi elections would only stoke the fire…. Iraqi elections were tense, contentious and fragmented as ever. Iraqis think that the prolonged coalition talks and likely regional interference should not distract Iraq from doing the great work on hand – healing its ethnosectarian lines and quickly embark on reconstruction, improvements of basic services and the general economy.”

Given the uncertainty and instability across the republics of the Middle East, Arab Times’s editor-in-chief Ahmed Al-Jarallah wonders if regional democratic models need adjustment: “After decades of exercising democracy and elections based on looting and rigging of the people’s will, it has become clear that this system does not suit the Arab world that needs more cultivation and enlightenment on the meaning of democracy…. Therefore, democracy is not a foundation for a nation that cannot stand on its feet as long as electoral laws are tailored in a manner that ends up becoming a booby-trap. Divisive election explodes in the face of anyone who tries to impose the logic of ‘State and Law’ and refuses to yield to the will of weapon or bow before sectarian and tribal fanaticism.”